Ownership is imperative in the work of community development.

Ownership is part of the DNA of a community’s survival strategy—a combination of multiple things implemented by the people, such as crop cultivation, raising animals, generating revenue, solving problems they encounter, and preparing for uncertainties. Every community owns its survival strategy, because it is time tested, inherited from ancestors, and extremely relevant in its context.

Good development practices involve making an accurate assessment of what a community is already doing as a part of its survival strategy. Assessments analyze capacities and vulnerabilities, resulting in confirming practices already being done or changing what’s not working.

Sometimes outside agencies or missionaries introduce heavily-funded projects that do not even consider the survival strategy of the community for whom they are designing the program. How can the residents “own” something they have had no input in creating? How can they maintain a program without the know-how or resources?

MAI’s Community Health Evangelists go to great lengths to ensure that those they train decide which of the village problems need addressing, thereby owning the changes involved. One way of ensuring this is to keep outside resources to a minimum. Exploration of existing resources within a village offers residents a new perspective – namely, that the resources a community needs for building and strengthening itself are often already available inside the community – unless that community has been part of a major disaster or a protracted catastrophe.

Other interesting things that may develop in a well “Owned” program are Sustainability and Empowerment. All three are closely connected. If the people have a strong sense of ownership for a program and see how it supports the community’s survival strategy, the natural result is the people will feel increasingly empowered.  The more they are empowered, the more their ownership grows, and the more sustainable the project will be.

Ownership, Sustainability, and Empowerment are all closely connected.

Some time back I visited a CHE program in a village in Uganda. As the local CHE Facilitator, Rev. Godfrey, took me around the village, I kept asking him some uncomfortable questions related to community ownership: How much was built on the foundation the community already had and how much was imposed from outsiders? As we walked around visiting CHE households one after another and talking with villagers, a small group of people gathered to walk along with us. Since most of these villagers could follow our conversation in English, I saw them eagerly responding and defending their program. This is a very healthy sign. People will help continue what they are engaged in creating and will fervently defend it as their own.

Later when I attended a savings-group meeting in the village, I saw how they had taken the initial program to a new level. They were considering other options for investment—another sign of growth in ownership—owning it enough to make their own changes, beyond what MAI had first taught and shown them!

People will help continue what they are engaged in creating and will fervently defend it as their own.

It was then that I shared with the villagers that I had been testing them to check for their degree of ownership. Their response was heartwarming for me. “Of course, we own it,” they told me. “It is ours!”

Read next article: Who Owns Water? 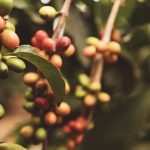