A group of Kenyans went out as missionaries supported by Kenyan churches to a part of Kenya that had experienced terrible drought. People in that area had been kept alive by rice shipments from the United Nations and the Kenyan government.

Because the area has many Muslims, the Kenyan missionaries decided to use a “family-based” model of Community Health Evangelism (CHE). This is a strategy in which one Christian family, living in the midst of a largely non-Christian population, models simple development changes and then shows its neighbors how to make the same changes. This approach requires no buy-in from the larger community at the beginning but relies on finding an insider who will champion the new ideas. It also creates opportunities for sharing the Gospel one-to-one.

The Kenyan missionaries observed that the standard local diet included very few vegetables. So they planted a small “kitchen garden” in the dry dirt outside their new hut, using “grey” water from laundry or dish washing to water it. However, more water was essential. They prayed, and God provided a strange rain that watered their garden better than the surrounding land.

Before long, a beautiful crop of vegetables was growing outside the missionaries’ hut.  When their neighbors came to visit, the missionary family thought, “Here is our opportunity to help these folks do something really beneficial for their families! We’ll tell them how they can have a garden like this one.”

Instead of admiring the garden, however, the neighbors were worried about it. “The United Nations World Food Program officials are coming to our village tomorrow,” they said. “If they see your vegetable garden, they might cut off the rice shipments on which we depend.”

The neighbors went on, “Please don’t cause us trouble. Tear out your vegetable garden before tomorrow. Your garden will place doubts in the minds of those who are helping us. If they cut off our food aid, how can we live?”

As painful as it was for the Kenyan missionaries, they reasoned that ignoring their neighbors’ request would destroy any chance of making a difference long-term with both community development and the Gospel. So, they harvested what they could and then ripped out their flourishing garden.

There were at least two reasons the neighbors did not want to copy a successful garden project, which could have greatly benefited their families. One is obvious: it is easier to be given food than grow it for yourself. However, the more important reason is this: after failing to succeed in feeding themselves in the past, they had lost confidence in their ability to do so in the future. Every bag of rice they received reminded them that they had been unable to raise their own food. Now they were afraid to try again, because they had convinced themselves it would never work.

Why did CHE fail in this village? It lacked two vital factors. In order to succeed, CHE needs both an inside champion who is willing to try new things and local leaders who are eager to manage a plan they see as their own. 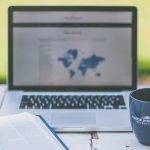