A Vision of the Kingdom of God

This article is a reprint of one written 12 years ago by Dr. James F. Engel in the 2006 Healing Lives Summer edition. MAI’s mission holds fast. (A short bio of Dr. Engel follows.)

I had no idea what I would experience several years ago in the Democratic Republic of the Congo. My colleagues, Dr. Terry Andrews from World Vision and a representative from Medical Ambassadors International (MAI) and I spent the better part of a day traveling over nearly impassable roads to an isolated village in the central part of this struggling country. Finally, we reached our destination—a village in a war-torn area usually characterized by poverty and a lack of hope. The entire village came to welcome us.

The village chief and elders told us the story of how their village was being transformed by Community Health Evangelism (CHE). Instead of the usual three months of near starvation before the next harvest, the village had surplus crops to sell for much-needed cash. Malnutrition and disease had decreased remarkably. Hatred and distrust within the village had all but disappeared. Families had been transformed. Hope had replaced despair. The local church was alive and brimming with vitality. I remember turning to Terry and saying,

“For the first time I am seeing what the kingdom of God looks like!”

Over the next few months, Terry and I undertook a research project comparing the changes in the CHE villages with villages uninvolved in the program. The findings were astonishing, especially the profound impact on family life. Church attendance was common in all villages, but CHE families were far more likely to read the Bible, pray, share in small groups, and apply their faith to the challenges of life. Drunkenness, wife and child abuse all but disappeared. This was only the beginning.

The data showed major differences in health, hygiene, and disease prevention. Equally remarkable was the extent to which villages had changed from conflict and dissent to a spirit of cooperation and optimism. Farmers and their wives welcomed new methods, which dramatically increased crop production and ended the horror of near starvation each year.

This was a striking contrast to what I had observed elsewhere around the world. Just one example: Colleagues and I once visited an African country identified as a great mission success story. Churches were growing, and most parts of the country had been declared as “reached,” yet everywhere we went we heard discouragement from Christian leaders. Crime and corruption abounded even among Christians. Poverty was a way of life. Instead of optimism we sensed despair. We understood what had happened when a spokesman for top leaders stood up and said, “The missionaries brought us Christ, but never taught us how to live.”

The CHE program teaches people how to live in Christ. Lay disciples are in homes all week long, teaching practical living based on scriptural principles. Through their impact, faith moves from a passive Sunday morning experience to a vital and transforming living reality in homes and in communities. In my opinion, this reflects a wholehearted obedience to the entirety of Christ’s Great Commission.

Dr. James F. Engel was the founder and former president of Development Associates International. He retired as a distinguished professor in the graduate programs at Easter College, where he founded the Center for Organizational Excellence. He ministered around the world as a consultant, trainer and leadership-development expert and is also well known for his books and writings on world evangelization. Dr. Engle developed the well-known Engel Scale, a method of measuring the journey from no knowledge of God to spiritual maturity as a Christian believer. Professor Engel passed in September 2016.

A few of Mr. Engel’s books available on Amazon:
Change the Mind of Mission: Where Have We Gone Wrong?
How to Communicate the Gospel Effectively
What’s Gone Wrong With the Harvest

Dr. Engel’s words, “The CHE program teaches people how to live in Christ.” Want to help? 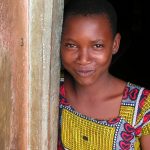